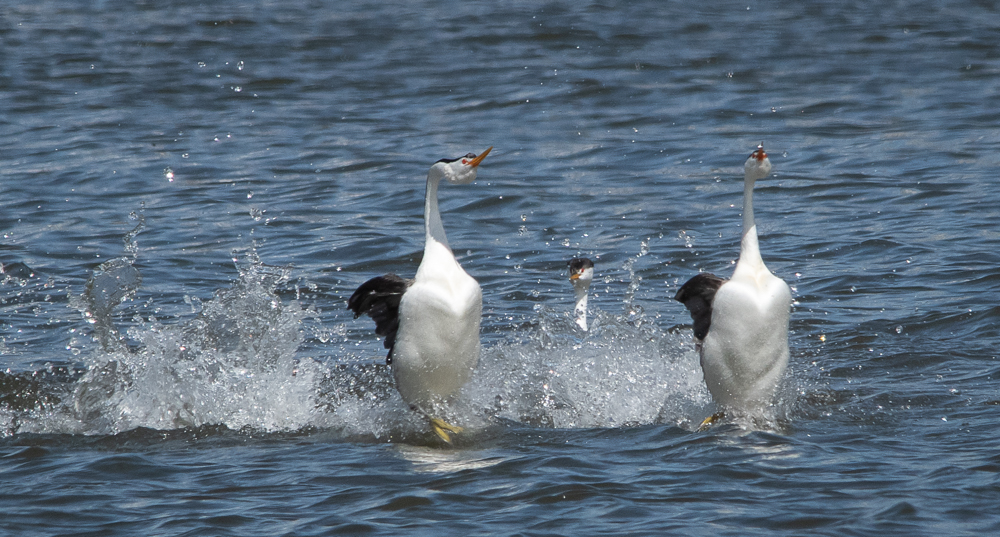 On Friday, I spent the day with members of our photography meet-up group down in the Klamath basin taking photos of birds. For me, this was my first time seeing many of these birds.

Our first stop was in Klamath Falls where we hoped to get photos of the dancing grebes.  I’m not sure if these are Western Grebes or Clarks Grebes – could be both. In either case, we had hoped to photograph the grebes “dancing.” It is actually called rushing and it is a maneuver the birds do during mating season.  During the rush they will sprint across the top of the water in groups of 2 or more.

When we arrived there were several other photographers already there hoping to photograph the dance. They had been there for several hours and hadn’t seen the birds dance. There were a number of grebes on the water and at times they appeared to be preparing to dance . . . and then didn’t.

Finally a pair of grebes on the far end of the cove danced across the water. I got a few photos of that but because of the distance they weren’t very sharp.

Then . . . a pair started dancing towards us and I got a few shots of that. It is quite something to see.

I have quite a few photos of the grebes swimming around in the water and there was one quite close to us who caught a fish. 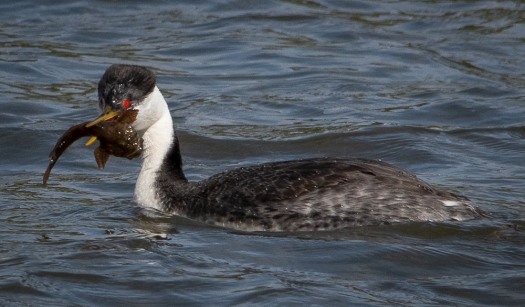 After a couple of hours and no more dancing, we moved on.