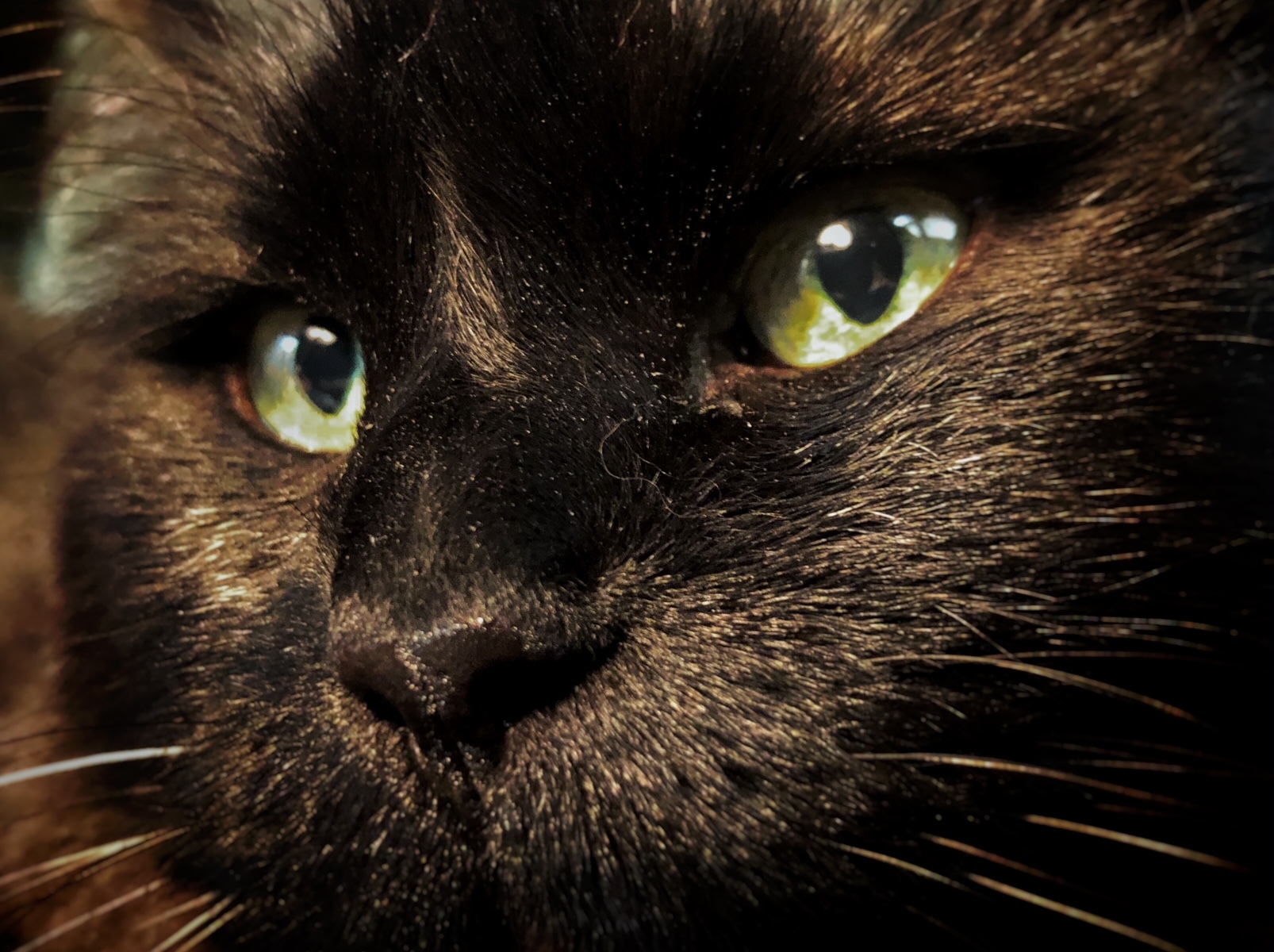 Black Cat Appreciation Day was created to show people that a black cat could be the perfect cat for them, and to get rid of the superstitions that black cats are unlucky.

I have had 5-1/2 black cats (one was a tuxedo). My first black cat was actually my daughter-in-laws, but the cat adopted my dog and eventually it became mine.

My second black cat was a rescue cat that unbeknownst to me was pregnant. A week later she had 4 kittens. By the time they were old enough to adopt out, I’d become attached and the rest is history.

I now have two of the black cats left – two of the kittens who are now 13-1/2 years old. These are photos of my two remaining kitties – Simba and Munch.