After our first “teaser” leopard sighting, I really wanted to see a “proper” leopard sighting. A couple days later, our incredible driver and guide, Jackson, spotted a leopard in a tree quite a distance away. Again, I have no idea how he spotted it. As we approached the tree, we could see the leopard sleeping. This time we were prepared to stay there the entire day until it came down from the tree. 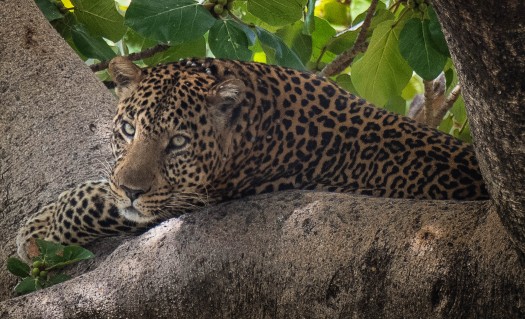 But the leopard was very cooperative and after a while started yawning. At this point we were quite confident it would be coming down from the tree. And it did. It walked through the brush in front of our vehicles and off into the bush.

The zebras in the area were keeping a close watch on where it was going.

3 Replies to “A Proper Leopard Sighting”