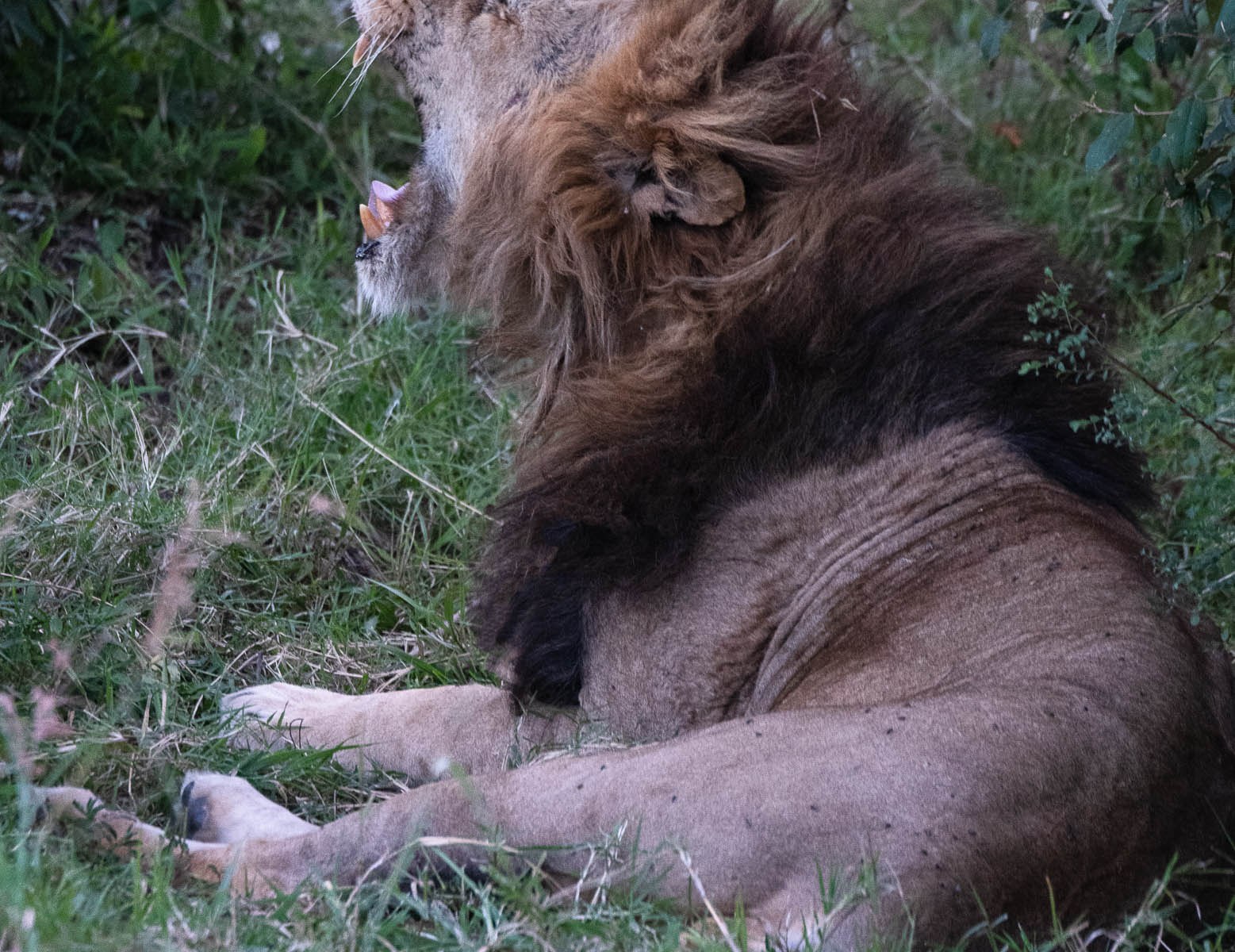 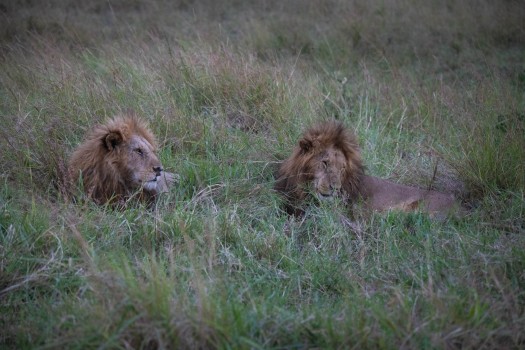 Bob Marley and Ziggy are two male lions, who happen to be brothers, whose territory is the area where we were staying. (Bob Marley was so named because of the dreadlocks in his mane). When we first encountered them, it was just around sunset and they were both sleeping in some tall grass. We watched them sleep for a bit and then they started waking up. First clue was some very big yawns (that seems to be the most common trait among all the cats – they yawn numerous times before getting up).  After a bit they both got up and walked a little ways before sitting together in the tall grass. What majestic creatures they are.

2 Replies to “Bob Marley and Ziggy”