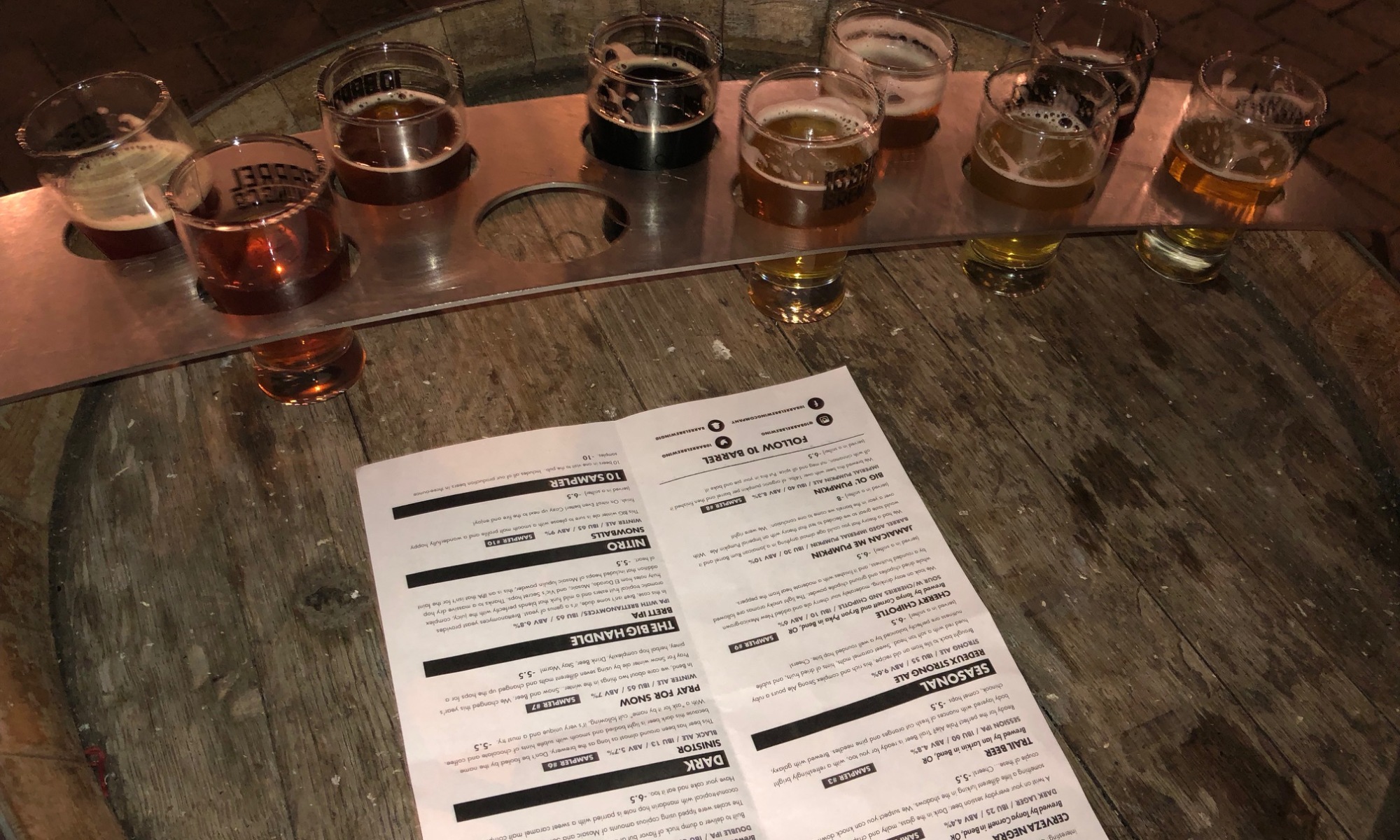 Bend, Oregon has been named one of the top “beer towns” in the U.S. by numerous publications. I am not a beer drinker but my sister likes a good brew every once in a while. So while she was here, we took her to a few of the breweries on the Bend Ale Trail to sample a few of the local brews.

She ordered “flights” of beer at two of the breweries which are samplings of 8 – 10 of the breweries’ beers. Some she liked and others, well . . . see for yourself in this very short video:

But I will take her word that most of the beers were good.

8 Replies to “Beer Tasting in Bend”